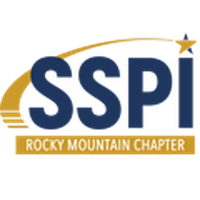 In adding “Space” to its name and mission, SSPI’s Board is acknowledging the recent growth of the satellite sector into new businesses, new markets and new ways to transform the world for the better. It is also the culmination of three years of work to expand SSPI programming that is driving the industry to become one of the world’s best at attracting and engaging the talent that powers innovation.

“With the support of our sponsors, chapters and members,” said executive director Robert Bell, “we have thoroughly revamped our programs into four major campaigns running throughout the year. Those campaigns deliver great value to those sponsors, chapters and members, in addition to the long-standing benefit of person-to-person networking on a global scale. That has enabled us to attract and engage some of the newest companies in space and satellite to our mission.”

In the past year, SSPI has gained members as well as sponsorship and Board support from new companies including Blue Origin, DigitalGlobe, Kymeta Corp, Planet and SpaceX. They join long-standing supporters and Board members from Arianespace, Boeing, Echostar/Hughes, Eutelsat, OrbitalATK, Space Systems Loral (SSL), SES and ViaSat in making the work of SSPI possible.

SSPI’s campaigns include Better Satellite World, which works to raise the profile of space and satellite among potential employees and customers by dramatizing its immense contributions to life on Earth. SSPI also works with student-led organizations including the Students for the Exploration and Development of Space in the US, Canada and UK to attract talent into the industry. The association presents webinars and reports on best practices in talent management, and organizes recruiting missions to student space conferences. SSPI also identifies leaders within the industry to serve as models for future generations to follow through the Promise & Mentor Awards and the Space & Satellite Hall of Fame.

SSPI will celebrate its new name and mission at the invitation-only Hall of Fame Reception on March 13 at a premier venue in Washington DC, with the generous support of Datapath. Companies and individuals supporting SSPI will receive invitations to the main reception as well as the private Chairman’s Reception for C-Level executives of the industry.

About SSPI
Founded in 1983, Space & Satellite Professionals International (www.sspi.org) is on a mission to make the space and satellite industry one of the world’s best at attracting and engaging the talent that powers innovation. With more than 4,000 members in +40 nations, it is the largest space and satellite industry association in the world. It delivers on its mission through a portfolio of programs: